This House Believes Universities, in Their Current Form, Are Unsustainable as Mass-participant Institutions

This is my contribution to the plenary debate at the OEB Conference "in Berlin" next week: https://oeb.global/programme/debate - This is usually a great conference, certainly my favourite. As it is a combination of formal education and the training industry it is much more pragmatic and comprehensive.  I'm honoured to be a participant in the plenary debate.

"This House Believes Universities, in Their Current Form, Are Unsustainable as Mass-participant Institutions"

Graceful Degradation:  Who would have thought that engineers would have come up with such a lovely phrase.  It refers to lowering the quality of a digital service when transmission conditions are poor.  I would like to suggest that Universities should now gracefully, over a period of time, reduce their activity and restrict themselves purely to knowledge creation and the dissemination of this new knowledge.  It should be restricted to an elite – the brilliant and the curious – and the rest of us should be satisfied with vocational education.

Now to illustrate some of the points I want to make I’ll tell you a bit about myself rather than quote research to you.  Apart from being sceptical about the quality of much of the research being done on higher education, there is very little being done to explore the value of higher education to society. Let’s not talk about how the oft-quoted earning potential of degree holders confuses correlation with causation.

So it looks like I may be one of the few uneducated people here – all my degrees are in engineering.  I had to read Ulysses and David Hume on my own.  Finnegan’s Wake and Critical Theory were too difficult for me but I’m not really sure a university course would have helped much. 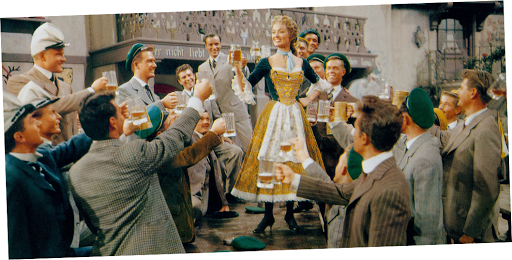 Here’s a photo from my college days in engineering in Heidelberg in 1900 (there was only one girl in the class).  A lie, I’m afraid - This is from the musical “the Student Prince”.  I did Engineering in Dublin between 74 and 78 – not nearly as much fun.  I had no money and there were no girls in our class.  So between lack of money and 9-5 classes, I didn’t get to spend much time with my classmates developing a deep understanding of “life, the universe and everything”. (Although I did listen to the “The Hitchhiker’s Guide to the Galaxy faintly on the BBC on our crystal radio set)

So there were a few conclusions I came to based on my experiences.

1. There are better ways to learn than attending university.  I realised that when you are learning something in order to achieve a task you learn much more efficiently - as I was doing in my work.

2. You don’t need a degree to be competent at something!  At first I thought that a degree was essentially a very expensive competency development and verification process.  But when I considered all the content that people never use in their work I began to see that it was an expensive selection process for employers.  Bryan Kaplan has described it well as “signalling” ( a bit like the Peacock’s tail, men playing football or owning Apple products) – being good at advanced mathematics might not get you a girlfriend (I had to teach myself to play guitar to do that) but it might get you a job where you’ll never use it.
3. You don't need to go to university to develop critical thinking skills.  Now being among the philistines in engineering I didn’t even realise that university was for developing critical thinking skills
I believe that some research suggests that it does not do it very well.  I have heard many academics say that a university education is an important “coming of age” experience.  This actually betrays a somewhat sinister elitism.  That is why I avoid mentioning my advantage to friends who have not been to college.
So, why does this matter?  Well COST for a start. Even if we could improve the effectiveness of higher education it still costs too much – with the ageing population in the developed world we will need the money for healthcare – Higher education needs to be both better and cheaper. There is also the “opportunity cost” of kids going to college who might be doing something more useful 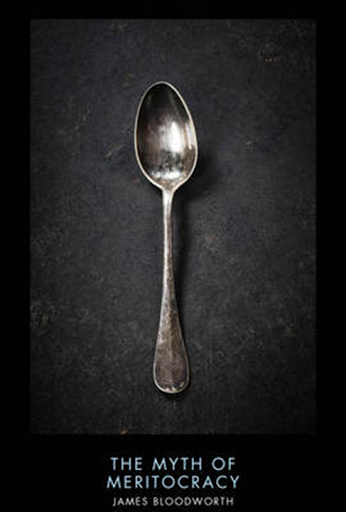 And there’s also this.  “Universal Higher Education” is supposed to level the playing field.  But the desire of most institutions to be academically selective, actually decreases social mobility.  We’re not talking about the 0.5% at the very top – we’re talking about the 30% - the middle classes – who can afford tutors for their kids to get them into the good universities – and survive there.  State support of higher education is essentially a subsidy for the middle classes – a subsidy that they believe will ensure that their kids will remain in the middle classes (it doesn’t always work).
So can we make universities better? The only reason I’m including this question is because this is my job and what I have worked on for the last 25 years.  I abandoned my efforts to improve quality and efficiency 20 years ago and moved into improving "access"- online distance learning – most of my colleagues were not that interested in improving their teaching, and online distance learning was a “green field” site and we were free to innovate with minimal resistance. Personally, I am convinced that we all learn better when we are trying to do stuff, so I am now trying to move our institution towards project based learning, but to be honest I feel that projects in college are expensive artificial substitutes for real work and that I’m just pandering to the desire to keep campus based higher education relevant.  I have separately developed a work-based degree where the students go straight from secondary education into the workforce that I think will be better, but again I wonder; is this avoiding the most important question
Are universities the right vehicle for what we are trying to achieve? Even if we agree that post-secondary education needs to be more than just vocational, can we afford this expensive way to achieve this for everyone.  In addition, asking Universities to change reminds me of the joke – How many psychiatrists does it take to change a lightbulb? Just one, but the lightbulb has to want to change – and I’m not sure this particular lightbulb does want to change.
So I’ll just leave you with a few lines from a song that doesn’t represent my personal position but which I am always reminded of when I discuss this.  I’m in the last few years of my career - trying to improve higher education - but I’m wondering if it is a lost cause and do we need something different.  Shrink universities down and leave them to the brilliant and curious and provide something else for the rest of us.
Thank you. 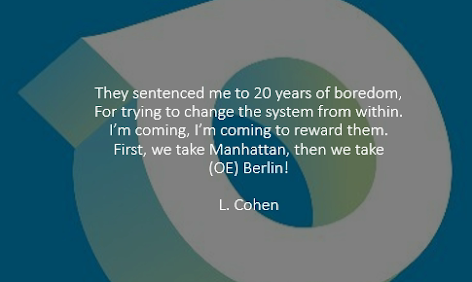